We are team of 5 members with a lot of knowledge and experience, as well as numerous references from Slovenia and abroad. We are proud of the quality we offer our clients which is based on our 25-year tradition. We have not just upgraded our knowledge all these years, we have also introduced some innovations, all with one single purpose — to make sure our musical instruments are of top quality. When someone who loves music plays our instruments, they can create an unforgettable experience for the audience and themselves. Why are we so sure of this? It is because most of us are musicians at heart as well. In our free time, we perform with music and folk dance groups, or in choirs. The head of staff Zlatko Munda knows especially well how to handle music professionally. As a carpenter technician who also graduated from secondary music school (clarinet), he knows how to create a quality instrument with his colleagues, and how to make it sound beautiful. He is an expert in playing diatonic accordion, clarinet, saxophone, guitar, and pipe organ.

We would like to emphasise that Munda diatonic accordions, unlike other accordions composed of parts, are the result of our own knowledge and work which take abroad not only our music, but also the word about Slovenian quality. 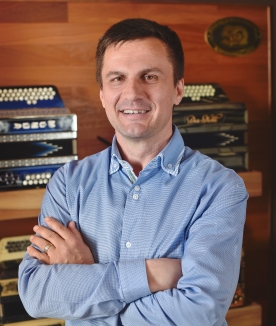 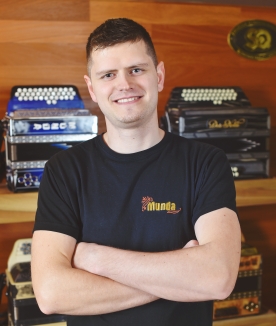 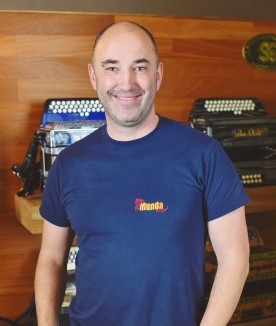 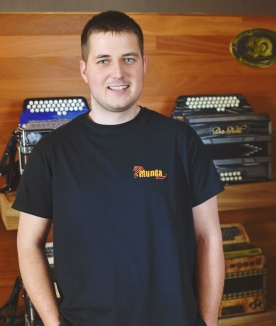 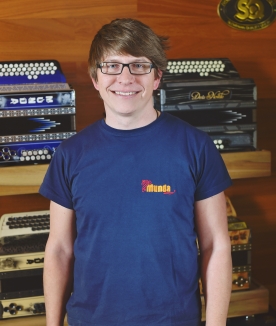 When it comes to musical instruments, no goal seems too high. Our knowledge and services have already convinced the Slovenian, Austrian, German and Dutch markets. All the while it was important for us to continue the family tradition, which we've been doing since 1991.

The musical roots of Munda family date back to the 19th century. Zlatko's great-grandfather and grandfather were folk musicians who played the fiddle, also known as violin. This was an extremely popular musical instrument at the time. Zlatko's father Viktor Munda continued the musical tradition. He learned how to play a diatonic accordion, also known as “frajtonerca”. Even today, people in Ptuj know about the musician who performed at more than 1050 events, weddings, and anniversaries.

The music gene was obviously dominant in the members of Munda family, and Zlatko has taken this to a higher, professional level. In 1992, he completed his training for a musician at the company Melodija Mengeš, and created his first diatonic accordion. In 1999, he started his own company for teaching, servicing, and production of diatonic accordions. Before that, he got a job in the Organ Workshop of a Roman Catholic diocese in 1994, where he most recently worked as assistant director. In that period and right up to 2008, when he focused on the production, servicing, and teaching of musical instruments, he not only learned the art of organ making, but also acquired exceptional knowledge in the fields of physics, acoustics, understanding of materials, construction, logic, mechanics, statics, and hand skills in woodworking and metalworking. He also improved his knowledge of the history of organ making, history of art, understanding of music, and organ literature. What is most important in the work Zlatko does today, is that over the years he has learned how to be patient and precise, and developed a sense of teamwork. 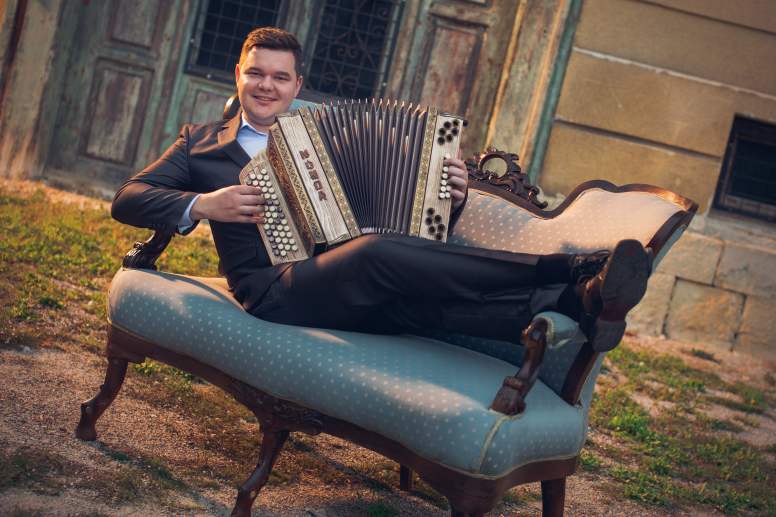 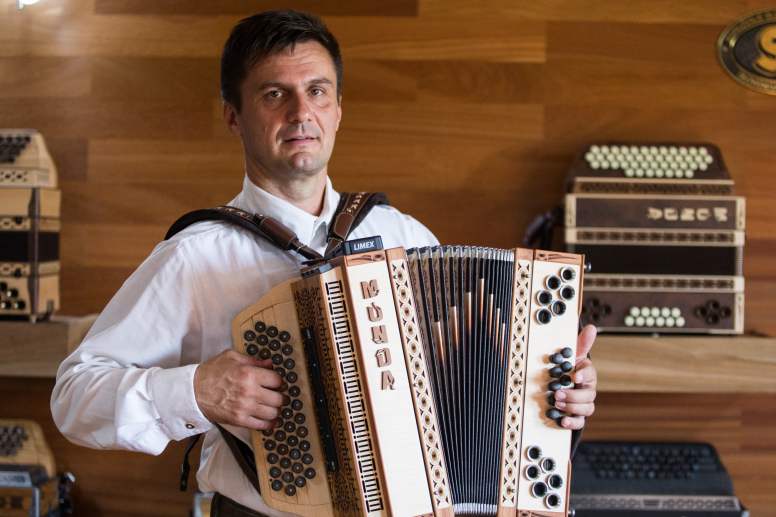 By continuing to view this site, you agree to the use of cookies on this site. I understand and want to move on. For more information on cookies here.